by SCUM OF TOYTOWN 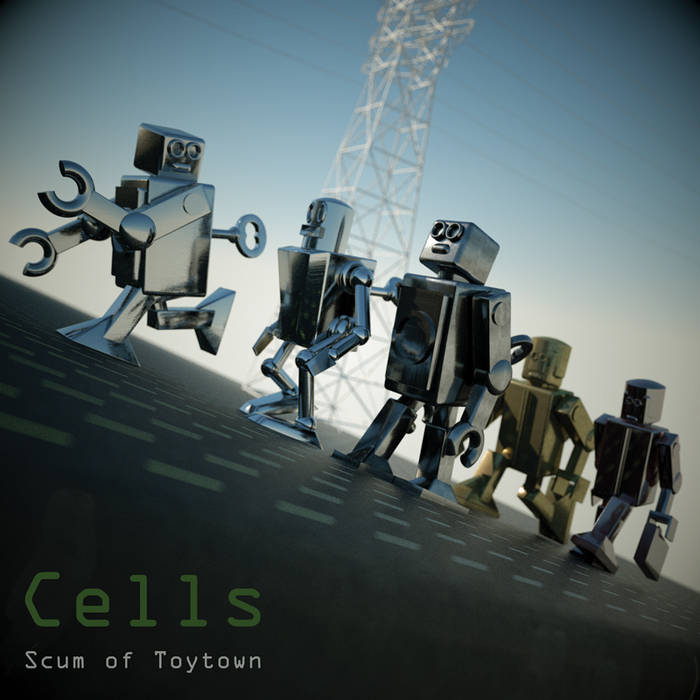 GET THE 12" VINYL VERSION HERE:
ruinnation.org/catalog/product_info.php?products_id=1845

The scum of toytown is back! 20 years after their fantastic debut album "Strike", the band from Stevenage (UK) is back together and recorded a brand new full lenght LP in 2014. On here they feature a set of previously unrecorded older material alongside with new songs that sound just as they picked it up again where they left off in 1995.

A festival of tuneful but subversive punk-MUSIC (yes, in capitals) merging the drive and rage of anarcho punk with reggae parts and hints of pop and dub groves. Transporting a personal yet punk political message across the listener. Sometimes full on powerful riffage, sometimes furious, sometimes melancolic and melodic, all at the same time, wrapped up in a top notch DIY production.

SCUM OF TOYTOWN were a obscure phenomena of the 1990ies, rootet in the North London punk scene of the late 1970ies and 1980ies. They crawled out of the void and managed in their short existence to make a lasting impact on everyone fortunate enough to catch them either live or on record before they sunk into oblivion for unknown reason. They appeared on festivals and squats in central Europe and making everyone (seriously) move and dance along to their unique style of innovative sounding punkrock. Music that makes you toss a brick with a smile on your face.

They left us with their only legacy a 7“ and a genius LP....
... we're more than happy to have them back with their new album. They haven't lost it, not a single bit!

Bandcamp Daily  your guide to the world of Bandcamp

Featuring appearances from Kari Faux, Bluestaeb and and interview with NY-bred artist Wiki